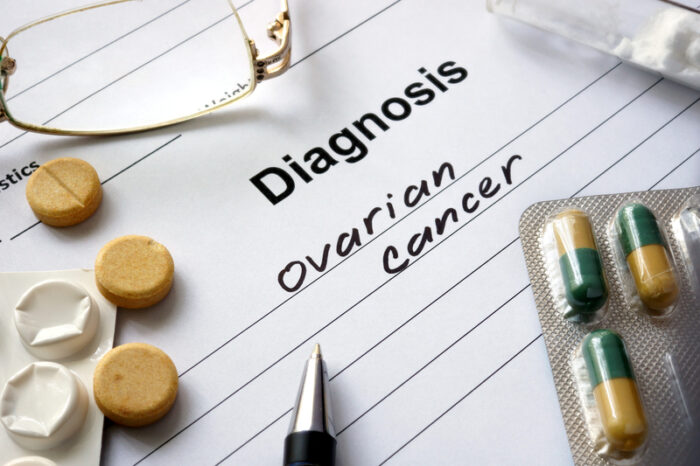 Cancer, a word everyone is familiar with, is a term for diseases that can affect any part of the body. These diseases are caused by the rapid, abnormal growth of cells that have the potential to extend beyond their normal boundaries into other parts of the body and organs. When diagnosed and treated in the early stages most cancers are curable; however, if left untreated, cancer cells may break away from their primary tumor and form a new tumor in a different area of the body. This process is called metastasis and it is the main cause of death from cancer.

Ovarian cancer is relatively common (1 in 78) and is the most deadly cancer of the female reproductive system. Unfortunately, it is detected in the early stages only 20% of the time because many of the symptoms are either similar to those of common, less severe issues, or are sometimes even nonexistent, causing people to overlook them. As time goes by and ovarian cancer progresses, symptoms get worse and sadly that is typically when patients are diagnosed.

Symptoms Are Difficult to Detect

As mentioned, early signs and symptoms of ovarian cancer are difficult to detect, making it of the utmost importance that every person be aware of them. Some of the symptoms include abdominal bloating, feeling full, persistent pelvic pain, or increased urinary urgency or frequency. Since many conditions can cause these symptoms, like fluctuating hormones or digestive irritation, they’re sometimes ignored or mistaken for something else; however, it should be considered a warning sign if symptoms occur more than 12 times per month over less than a year. More advanced symptoms include malaise or fatigue, a change in bowel habits, abnormal or postmenopausal bleeding, and gastrointestinal symptoms – such as dyspepsia, nausea, bowel obstruction or shortness of breath. When experiencing any of these symptoms, an appointment should be made with a doctor.

Risk factors play a huge role in cancer; some people are at a higher risk of developing ovarian cancer than others, and it is crucial to know if that is the case. The most common risk factors include age (though younger women still get ovarian cancer, it is most common among women over the age of 50), obesity, chronic inflammation (such as endometriosis), smoking, and gene mutations including BRCA1, BRCA2, and those associated with Lynch Syndrome. It is important to know family history in order to be well informed about the personal risk of ovarian cancer.

How to Find It in Early Stages

Just as a person should be familiar with symptoms and risk factors, it is also important to know how to find ovarian cancer in the early stages. The earlier it is detected, the more treatment options there are and the higher the chance of survival. There are ways to diagnose it early on. Routine physicals and frequent pelvic exams allow a doctor to check the size, shape, and consistency of the uterus and ovaries. Any swelling in those areas can be detected and flagged if abnormal. Another device called a transvaginal ultrasound allows the doctor to examine reproductive organs and identify any unusual swelling. Lastly, a simple blood test that looks for cancer antigen 125 (CA-125) is a quick and easy way to detect ovarian cancer early on. The blood test checks to see if the antigen found in ovarian cancer cells exists in the blood. It is important to note that this test is most effective in postmenopausal people because menstruation and pregnancy can cause the antigen levels to rise.

Symptoms are especially important to consider if a person is at a higher risk. When cancer progresses, symptoms worsen, and oftentimes people feel that they “came out of nowhere”. This is a common misconception due to overlooking the early-stage symptoms. Discovering and diagnosing any type of cancer early on, including ovarian cancer, is crucial and has a huge impact on treatment options and chances of survival — once cancer spreads throughout the body it is much harder to treat. People should familiarize themselves with the common symptoms and see a doctor if they are at risk or if symptoms worsen over time.