Researchers recently made a significant discovery related to pancreatic cancer. When the ataxia-telangiectasia group D complementing (ATDC) gene was removed from a group of cancer-prone mice, none of the mice developed cancer.

Cancer in the pancreas is a particularly deadly form of the dreaded disease. It is often diagnosed late and tends to resist treatment. The National Cancer Institute (NCI) has reported that this type of cancer is one of the four main fatal cancers in the US. Officials at the institute believe that there will be some 57,000 new cases with nearly 46,000 resulting deaths this year. According to an article published by Nature Research, these numbers will only increase, and pancreatic cancer may even become one of the two leading causes of death by 2020.

The Development of Pancreatic Cancer

Until now, the KRAS oncogene has been considered the main factor leading to pancreatic cancer. However, recent research has revealed yet another gene that is essential to the development of this type of cancer. NYU Pancreatic Cancer Center Director Dr. Diane Simeone conducted a study that involved the exploration of the ATDC gene’s role in the formation of pancreatic tumors. This research was based on the premise that cancerous tumors may begin to grow due to injury or inflammation when cells revert to an earlier high-growth development stage like that of a fetus. In healthy bodies, this process begins and ends once the damage is repaired. In a body that has a combination of other genetic defects, that which is ordinarily a healing process does not stop and instead results in cancer. 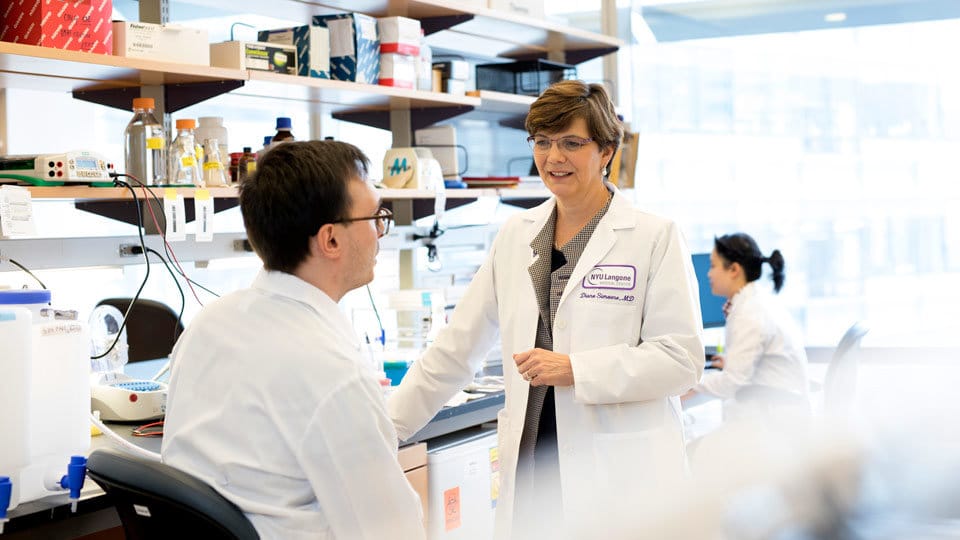 In the study, Dr. Simeone created a model of an inflammation that could potentially spur the transformation of acinar cells. Dr. Simeone’s research team found that soon after the condition caused damage to the tissue, ATDC gene expression began to increase. Moreover, all the mice in the study were discovered to have developed pancreatic cancer when the ATDC gene and the KRAS oncogene were present.

Dr. Simeone suspected that deleting the ATDC gene may slow the growth of cancer and began testing the theory. The mice from which the gene was removed did not develop cancer. Much to the research team’s surprise, the acinar cells of the mice did not even transform to the potentially dangerous high-growth stage. Removing the ATDC gene in pancreatic cells became the most effective way to block tumor formation ever observed.

Additional research revealed information about the chain reaction that causes ATDC to trigger cancer. The team identified yet another gene and a signaling protein that were involved in the process of tumor formation. With this exciting information, the potential has drastically increased for the creation of new therapies and measures to prevent the development of pancreatic cancer.