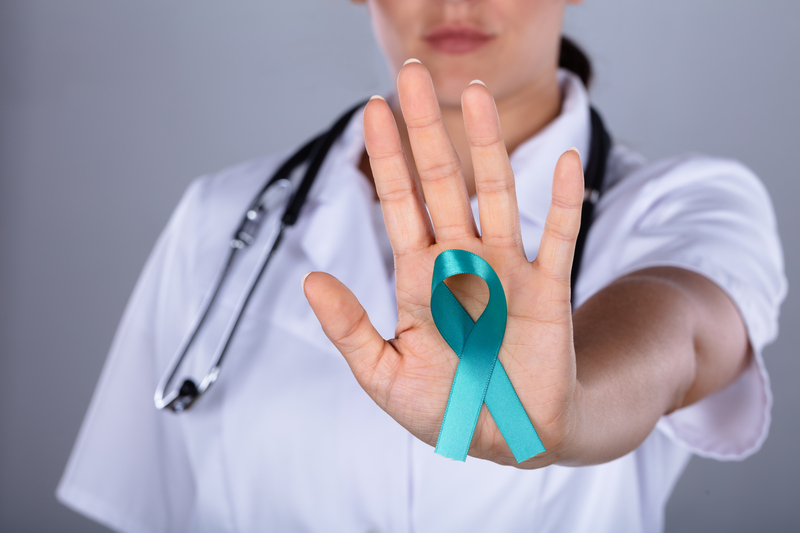 Every day, there are millions of women around the world who are at risk of getting ovarian cancer – many don’t know they are at risk, while a small percentage are unaware that they already have it. However, in the past few years, science has continued to lead the way through medical research and advancements discovering the leading causes and identifying higher-risk factors, as well as certain preventions pathways those at risk can follow.

Ovarian cancer – What is it?

Ovarian cancer is a cancer of the female reproductive system, starting in the ovaries. Irregular cells grow in the ovaries, then multiply and quickly spread to the rest of the body and destroy healthy body tissue by mutating the DNA and ending with a tumor of cancer cells. Symptoms of ovarian cancer are often overlooked as they are quite common occurrences, undetected, or linked to other conditions. Symptoms include abdominal bloating, weight loss, pelvic area discomfort, back pain, fatigue, quickly feeling full while eating, frequent urination, and constipation.

Who is at Risk?

In the United States alone, ovarian cancer is the largest cause of all gynecological deaths in women. Since the symptoms often go undetected, many women are unaware of having ovarian cancer or  that they are in the higher risk bracket. There are two types of factors that one needs to consider when looking at who falls into the “high risk” category. One group includes factors that can be changed to lowering the risk – like quitting smoking. Other factors are hereditary and can’t be changed – such as women with hereditary genetic mutations.

There are a significant number of factors that place women in the higher risk group for ovarian cancer, including age – most ovarian cancers are found in women that are 63 or older. Other factors include being overweight (with a BMI over 30), women having their first-full term child after 35, using post-menopause hormonal replacement therapy, using fertility treatments, having endometriosis, and smoking.

Further factors that put women at risk of ovarian cancer are slightly more complicated and due in part to genetics or previous cancers and diseases. For example, researchers at Cedars-Sinai Medical Center based in Los Angeles have discovered that women are at a higher risk of ovarian cancer when the BRCA-1 genetic mutation is present. As discovered through lab-created models of fallopian tubes, women with this genetic mutation develop deadly forms of cells (or ovarian cancer) in the ovaries that quickly spread to connecting organs including the uterus. While the lifetime risk of being diagnosed with ovarian cancer is less than 2%, the estimated risk for women who carry the BRCA-1 gene mutation is between 35-70%.

Other women at higher risk for ovarian cancers include those with a family history of ovarian, breast, and colorectal cancer (even if the history is on the father’s side), and hereditary family cancer syndromes including Peutz-Jeghers syndrome and MUTYH-associated polyposis.

There are a few factors that have been known to lower the risk of ovarian cancer including pregnancy and breastfeeding before age 26, taking an oral contraceptive form of birth control, and monitoring changeable factors such as a healthy diet and quitting smoking.

While the research conducted at Cedars-Sinai Medical Center is offering hope for predicting which women will develop ovarian cancer, particularly in terms of the BRCA-1 gene mutation, the disease should be taken into larger consideration on the whole. It is essential for women to discuss with their doctors if they are at risk – and what to do if they already fall into one of the at-risk categories.