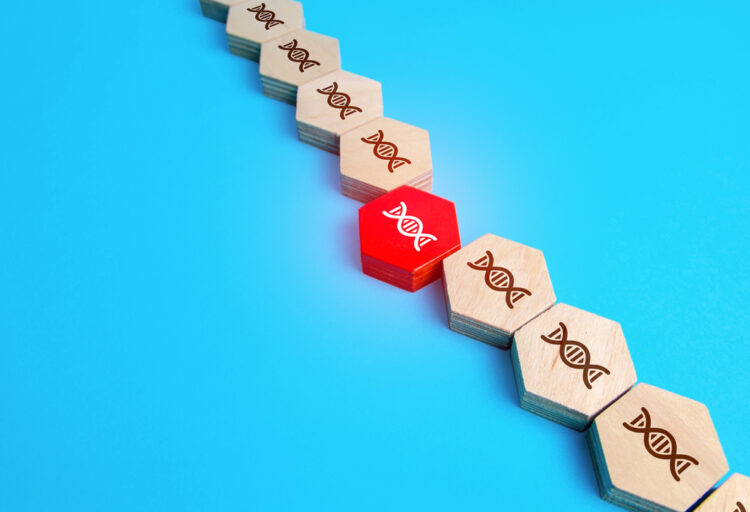 With the discovery of the BRCA gene in December 1995, researchers have been able to gain valuable insights and a better understanding of the role it plays in terms of the development of cancer. We inherit two copies of the BRCA gene in every one of our cells, one from our father and one from our mother. A defect developed in Eastern European Jews approximately 29 generations ago which affects the DNA coding of the BRCA gene. 1% of all Ashkenazi jews living today have inherited this defect of one of their BRCA genes. This has resulted in the mutation increasing their risk for developing breast, ovarian, prostate and pancreatic cancer.

Is Cancer Itself Hereditary?

While cancer itself cannot be passed down genetically, it’s important to know that a mutation of the BRCA gene can be. Genetic changes that may occur in tumor cells are also not passed down. Up to 10% of all cancer cases are caused through the inheritance of a mutated gene. Cancer is not guaranteed if the gene is passed on to you, but it does increase the risk.

Unfortunately, Ashkenazi men are much more susceptible to the BRCA gene mutation. When examining breast cancer statistics, it is not only women who suffer from the increased risk if they have the gene mutation, but men also have an increased risk of breast cancer. Although this type of cancer is mainly found in women, men should be aware of their chances and family history, regardless of their sex. Carriers of the BRCA gene mutation may not suspect it if there is no cancer in their family history. If family members of the opposite sex have a predisposition to cancer, it correlates with men also having an increased chance. Jewish men who develop pancreatic cancer are part of 1 in 10 men who have inherited the BRCA gene mutation.

There are two more genetic mutations that those of Ashkenazi heritage may have which are linked to gastrointestinal cancers. The first being APC (Adenomatous Polyposis Coli) which increases the risk of colon cancer and is found in around 6% of Ashkenazi Jews. Compared with the general population, their risk is twice as high. People may have many polyps, but this is not seen as Ashkenazi inheritance. The second is HNPCC (Hereditary Nonpolyposis Colorectal Cancer or Lynch Syndrome) which increases the risk of colon cancer at ages below 40. It also correlates with endometrial, gastroc, ovarian, small intestine, bile duct, pancreatic, brain and ureter cancer.

Cancer itself is difficult to deal with, but there are precautions that can be taken in order to decrease the risk of its development or diagnose it as early as possible. If you are of Ashkenazi descent, it is best to discuss this and your family history with your healthcare provider. They may suggest genetic counseling which determines whether you have the BRCA1 or BRCA2 genetic mutations.

If genetic counseling is recommended, then understanding what it entails can make a big difference in how you feel going through the process. A genetic counselor is capable of helping you understand the benefits and risks which are involved when going through genetic testing. They will also discuss with you the potential results and what they mean, how those around you will be affected if the results are positive, what it means if you were to have children with your partner and the options available if you have a child with the inherited gene.

Whether or not you decide you want to go through with the genetic testing, it’s important for you to understand the results. Depending on the reason for the test, waiting times vary from a few weeks to a few months.

Once you have them, you may be referred to a genetic counseling to further help you understand the results. Discovering if you may have an inherited genetic mutation can be quite scary. However, if you’re equipped with the knowledge surrounding the tests and their results, you are better placed to handle them more effectively.