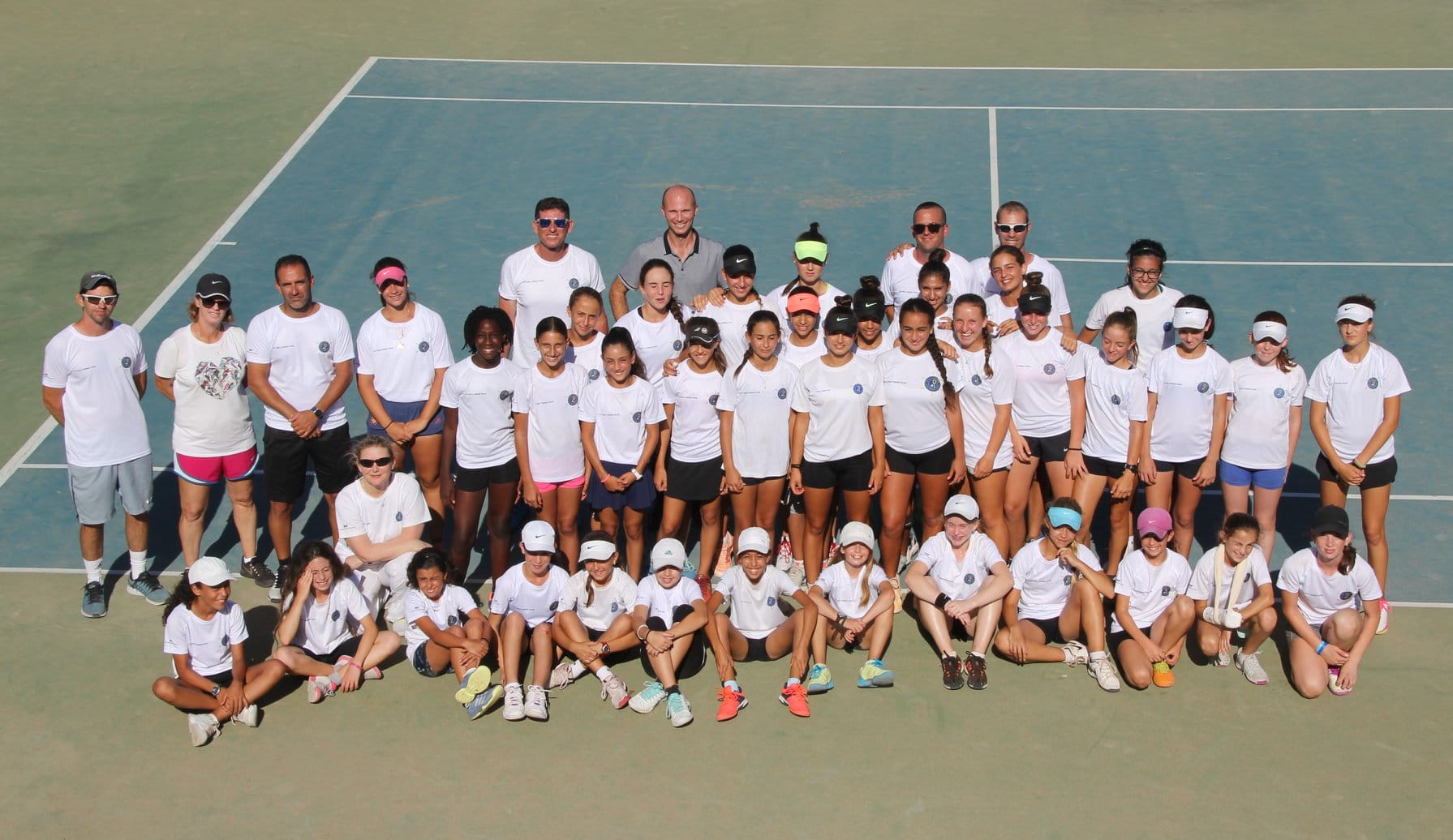 Israel Tennis Center June 20 at 8:51 AM The annual celebration of the ITC girls’ teams took place yesterday with the participation of about 50 girls between the ages of 10 to 17, from our Centers in Tiberias, Ramat Hasharon, Tel Aviv, Haifa, Akko, Jerusalem, Beer Sheva, Jaffa and Yokne’am. The teams are operated by Rosa Dembitzer, who founded them seven years ago with our Ronen Morley, and she supports them to this day. The girls arrived at 8:00 am and played in the tournaments. After lunch, Ronen Morley gave a lecture about the five components of tennis and then the singles and doubles tournaments continued. The event ended with the awards ceremony, at which awards were also presented to the most outstanding players of the year. The special day was organized by Ronen Morley together with coaches Rafi Cohen from Tel Aviv, Assaf Edri from Haifa, Bracha Weissman from Jaffa, Shiri Burstein from Ramat Hasharon, Tom Peleg from Ramat Hasharon and Roy Bar Sadeh from Tiberias. The Player of the Year title was awarded to Maya Bezalel from the Tiberias Center and to Lauren Tilipman from the Tel Aviv Center. Bracha Weissman from the Jaffa Center was chosen as Coach of the Year. In the Girls 2008 category, Liri Agami from Jaffa finished third place, Yali Gilboa from Ramat Hasharon in second place, and in first place Elia Sharabi from Tel Aviv. Outstanding player: Sol Alfi from Tel Aviv. In the Girls 2007 category, Cariman Buka’i from Acre finished in third place, Mika Buchnik from Ramat Hasharon in second place, and in first place May Fadida from Haifa. Outstanding player: Shira Bohadana from Haifa. In the Girls 2005 category, Aya Buchanko from Yokne’am finished in third place, Shavit Harari from Acre in second place, and in first place Tamar Yaffe from Haifa. Outstanding player: Noa Veliky from Jaffa. In the 2002-2004 category, Coral Koldovsky from Tel Aviv finished in third place, Daniela Shved from Tel Aviv in second place, and in first place Maya Bezalel from Tiberias. Outstanding player: Marom Franco from Jaffa.