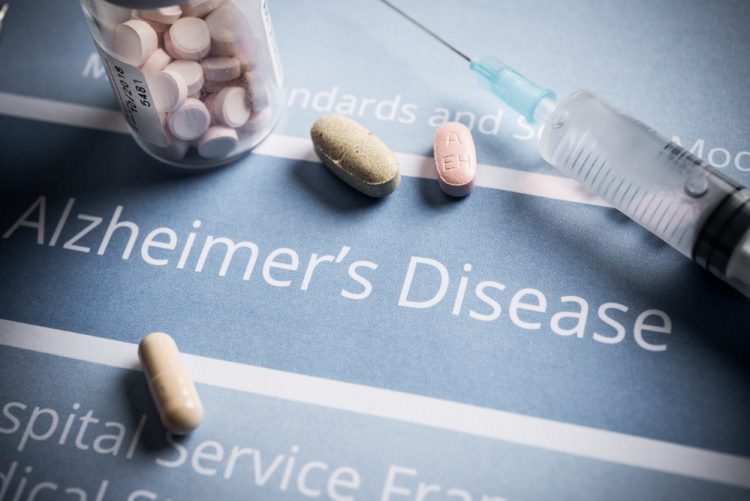 Recent research suggests new findings regarding Alzheimer’s disease, specifically who is more likely to be genetically inclined to the disease as well as the medical and holistic alternative treatments available. This particular research could lead to amazing breakthroughs surrounding Alzheimer’s and bring forward better treatment plans and coping strategies.

Alzheimer’s disease is a specific type of dementia that generally affects the 65-and-older population. However, roughly 200,000 Americans under 65 have been diagnosed with early-onset Alzheimer’s. Dementia is a general term for memory loss, changes in thinking and behavior, and inhibited normal cognitive functioning. Approximately 60-80% of all dementia cases are attributed to Alzheimer’s.
Alzheimer’s is a progressive and incurable disease. While it gets worse over time, there are treatments for slowing symptoms and improving quality of life as well as continued research to find a cure. The disease is the sixth leading cause of death in the United States. Bringing awareness and understanding to the forefront will help both patients and families handle their situations more effectively and proactively.

A new Miller School genetics study has been released explaining a significant link between ancestry and Alzheimer’s. While genetics have been known to contribute to the development of Alzheimer’s, research is proving that people with European ancestry are at a higher greater risk than those of African and African-American ancestry. More specifically, while those carrying the APOE gene and especially the APOE4 allele have the strongest risk factor, people who inherit the APOE4 allele from European ancestors are at a significantly higher risk than those who inherit the gene from their African ancestry.

The research studied over 60,000 individual cells from Alzheimer patients carrying the APOE4 allele from both African and European ancestry. They discovered that those with European ancestry carry higher expressions of APOE in their brain nuclei than their African counterparts, indicating where the higher risk lies.
The study also finds that developing a way to block these increased expressions of APOE4 allele in the brain could have an extremely therapeutic benefit to those with Alzheimer’s. This once again proves that that awareness and understanding is a significant step towards predicting risk.

Treatments for Alzheimer’s: Medical and Holistic

At this current point in time, Alzheimer’s is considered an incurable disease. However, there are many medical and holistic initiatives to help manage and delay behavioral symptoms while offering patients a higher quality of life as well as a greater level of comfort and dignity. Depending on the given patient’s stage of Alzheimer’s, medicinal options include cholinesterase inhibitors (for those in the early stages to help manage daily tasks) and drugs such as Nameda, Aricept, Exelon, and Namzeric (for moderate to severe Alzheimer’s). Professionals are also studying other methods such as immunization therapy and cognitive training therapy as well as how physical activity can affect patients.
Lastly, there are also holistic options available for helping to manage Alzheimer’s symptoms. It is important to speak with your doctor first, but some options include: